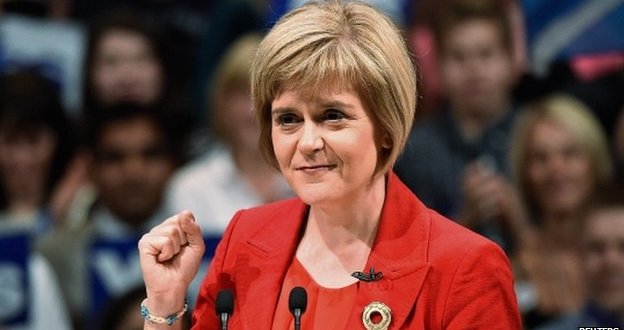 Monday May 11th. I need to be more careful.

On the Sunday of May Bank Holiday weekend – the weekend before the Election –  my family took me out for an afternoon. I was really looking forward to it but always with socialising, I’m wary of what it might mean for my health condition MECFS.

Usually it means that I have to be clear with them, or anyone, that there are certain things I can, and can’t do. MECFS is more limiting than many health conditions or disabilities.

You are right – this isn’t a competition. Just saying.

The main thing I have to do is limiting using energy like walking, talking, staying upright and also limiting socialising time itself.

This is SO MUCH EASIER SAID THAN DONE. Bold. Underlined. Controlling other people is like herding wriggling weasels in your arms.

Here are The Rules

Not too long – tick.

They know afterwards I will go on lock down and have to completely rest until I recover – tick.

Despite doing all of these things, still on Monday morning last week I woke up and as I looked across my living room part of my vision was rippling and shining in a way that looks like a moving arc, a moving scar.

This is called a scintillating scotoma and is the first sign of a migraine.

Trust me, there’s nothing scintillating about it. This video makes it look a bit like a visual trip: “Ooooh, aaaah! Look at that! Wow.”

Nothing could be further from the truth.

Migraine attacks are one of the neurological symptoms I have if I don’t follow the rules to remain as well as I can. These symptoms after doing too much physically or mentally are known as Payback.

You can say Pay Back in an Arnie Schwarzenegger voice if you like, I do.

From that moment onwards I was floored. Monday, Tuesday and Wednesday last week was lost to the sensation that my head was being taken off my shoulders one slow spinal column at a time. The nausea was like the worse sea sickness that you’ve ever experienced. Sea sickness and food poisoning.

When I got  up to go to the loo I found myself with my head down the toilet retching. I curled up on the sofa with the curtains closed for 3 days.

Eventually on Thursday morning it had cleared and by Thursday evening I was feeling a lot better. Until the election results came in!

Like stepping back from fire when you’ve been burned, I really have to be more careful in writing this blog. It’s a lot to set up and do and I have to find a way to write this by The Rules as well.

But I feel it’s absolutely essential to write this diary and I so I will keep talking.

As if reading this very diary entry, Actionforme published this You Tube video this week.

I had a slow day yesterday. Tiredness washed over me, pulling me softly into it. Outside in the sunshine I took a book and tried to read but my mind slid away from me, bobbing between nodding off and blank nothingness.

I sat there in a seat with my head lolling to the right of the head rest on my chair, thinking of nothing much with the pages held flat and open under my resting hands.

While I was there I realised that since Friday evening I hadn’t watched any news reports. I’ve gone off listening and watching any coverage which is very unusual because all through the election lead-up I’d had the BBC News on all day in the background.

Someone on my Facebook feed said that the interview Andrew Marr did on Sunday morning’s show was essential viewing. So I gingerly clicked on the link below and watched it.

That’s the link to the interview BBC Iplayer.

He interviewed various people, including Peter Mandelson who tried to explain what went wrong. From his point of view the problem was that Labour went too left wing and didn’t appeal to middle England in the way Tony Blair did.

Um. OK. Then why did so many people wish that Nicola Sturgeon was running in England as well as Scotland then?

I did. I even tweeted her to tell her so.

Why I like Nicola Sturgeon is her passionate sense of social justice. Her anti-austerity manifesto and strong advocacy on behalf of those less fortunate in society is wonderful, fantastic, exactly what I need!

Oh she’s so refreshing in the midst of Westminster jaded spin.

I am hanging my hopes on her party arguing against more cuts in Westminster.

There was I watching the interview with deepening respect growing and Andrew Marr said:

“Yes. But they can do it – they have the majority.”

And my heart sunk. Ms Sturgeon rose to the challenge and said again that her party would be a force to be reckoned with and my heart rose.

Then Andrew Marr, doing his job properly, spoke the words of my fears again:

“But they have the majority.”

But she’d already said that she considered her party to fight for Scotland’s interests and for England’s too. I’m still hanging onto that hope, if you are reading this Nicola.

Chuka Umunna the frankly telegenic Labour MP for Streatham and Brixton in South London was up next. He was the shadow Business Secretary in the Coalition and he kept his seat in this election.

He was fascinating. Fascinating because he started to address the narrative that the Labour party isn’t a business-aware party.  I craned forward to listen. He said some things that echoed with my interests.

For instance, he mentioned E-business. Good man. I know the Tories and the Lib Dems didn’t mention this.

He appeared progressive and calm. My friends who live in this part of London agree he is an excellent local MP. Not too “Old Labour” either.

If they are grooming him then this interview was a quiet and well considered success. He wasn’t lighting any fires like Nicola Sturgeon, but I thought he did well.

Mandy then joined him on the sofa and rather patronisingly said something along the lines of:

For a moment I thought he was going to pat him on the leg. To his credit, Chuka didn’t flinch. He remained looking as if he was at a business meeting listening to the Chair at the head of a polished conference table.

Then I switched off the telly again and spent the rest of the evening aiming to become calm and centered. It’s essential to my well being and health to steer along my even routine.

It’s so odd how this shock and change has affected me.

I haven’t eaten meat for over 18 months. On Saturday night on my short walk through the council estate I bought a chicken. I cooked and ate it yesterday.

Strangely I didn’t beat myself up about it.

In fact, I felt absolutely nothing except:

I hope that’s how people feel about the Tories.

Lindy, writer. Read first post for intro. This diary was launched on 9th May 2015, the day after the Conservative victory in the General Election. In my 40s, I've not always been disabled. I worked for 25 years paying national insurance until I became too sick with the neurological disorder MECFS to work. Unluckily this happened at the time the Coalition government started cutting and reforming welfare. Since then I've dealt with Work Capability Assessments, ESA, the DWP, legal appeals, DLA being turned down, more appeals, bedroom tax, moving due to the bedroom tax, low cost unsafe housing, potential homelessness, massive problems with finding affordable housing in London and that's on top of being ill with a condition that has no cure! Stirred to action as the government threatens my health, my home, my finances and my future due to the welfare cuts and the NHS reforms promised in their manifesto. Constantly stunned at the level of mis-reporting and spin, this is my diary of what happened from the day after the general election and I tell it like it is folks. [opinions are authors own].